Convergence: Should France copy everything from Germany ?

The solution to overcome the crisis in France? Do everything just like the Germans?!

This is at least what Nicolas Sarkozy seemed to suggest during his televised speech after the EU summit in Brussels. It is true that the German economy succeeds better than France in two major points: Germany has  lower unemployment rates and  its’ public finances are in order. Indeed, France would be well advised to copy some of Germany’s economic system to stimulate growth. 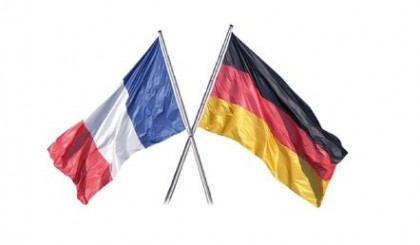 One might think, for example, of the innovative functionality of many export-oriented small and medium size companies or Germany’s dual system of vocational training for young people who prefer professional experience and training on the job to academic education.

However, there is at least one area in which Berlin would do well to copy Paris: family policy. With two children per woman, France’s fertility rate is close to the replacement level. Germany’s fertility is only at 1.36 children per woman. For Germany, the low fertility level is massively accelerating the process if population ageing, which will lead to increased spending for old age dependency,  painful reductions of pension payments and a significant reduction in population size.

What French recipes should be adopted in Germany ? Demographers uniformly note: the key factor for fertility rates in developed countries is a significant support for parents, and especially women, to combine work and family life.  Otherwise, many give up on having children or delay the arrival of children  in order to not sacrifice their professional ambitions.  Mothers’ working activities are much more encouraged in France than in Germany, especially when it comes to full time employment.

This is mainly true to the fact that all day child care centers are far more numerous in France than in Germany. Moreover, childminers and “nannies” at home are massively subsidized by the family allowance funds and tax cuts in France. According to Angela Luci, author of a study edited by the Friedrich-Ebert Foundation, 28% of children between 0 and 2 years benefit from a form of child care in France, against only 9% in Germany. Furthermore, in France 99% of children aged 3 to 6 are in (all-day!) pre-school, which is however not mandatory, against 78% of young Germans who are in the “kindergarten” with much less generous opening hours.  In addition, the 35 hours -week  in France also contributes to the fact that female full time employment is much higher in France than in Germany.

Family allowances are certainly lower in France than in Germany but they are not income-tested, so continue working makes a financial gain for mothers. The tax systems are in both countries unfavorable for second earners, but in France the tax is lighter than in Germany due to the fact that the number of children is taken into account when calculating the tax deductions. Germany  ignores this child-dimension in the tax system. Instead of a family tax splitting system, Germany only has a spouse tax splitting system. Consequently, the German tax system benefits couples with large wage differentials much more than the French system, implying a strong support of the traditional male breadwinner model.

Finally, many German mothers work in badly paid part time jobs or precarious “mini jobs”  which are exempt from social security contributions. In addition, there is no legal minimum wage in Germany. Consequently, women, and especially mothers, in Germany are often stuck in jobs with bad working conditions and low career perspectives.  This situation discourages many, especially highly qualified, women from having children. Hence, the German example shows that there are important interactions between demographic dynamics and the labour market context, which must not be underestimated. France is therefore well advised to tackle labour market reforms with great carefulness and should not hastily copy every German social policy innovation.